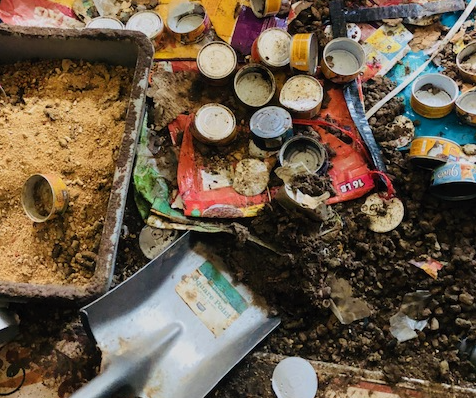 Animal hoarding occurs in communities across the U.S. and researchers estimate that hoarding accounts for the suffering and death of over 250,000 animals each year. For instance, if you search the news section on Google for “Animal Hoarding” you will find recent stories all over the U.S.

These dire conditions cause immense suffering for both animals and people, while overwhelming local animal shelters. So how can you help? The first step, is education.

In this post, we’ll answer and provide resources to common animal hoarding questions.

What is considered animal hoarding?

According to the ASPCA, the following criteria are used to define animal hoarding:

Often, the behavior of animal hoarding begins after an illness, disability, or difficult life event. In most situations, the owner sees the animals as a major source of love, and they have the best of intentions of caring for their animals. However, overtime they become overwhelmed and unable to make decisions which leads to unintentional neglect or abuse.

The Anxiety & Depression Association of America (ADAA) states that hoarders also have an intense emotional attachment to their animals. They avoid the pain of letting go of things that seem very special, even when clutter prevents comfortable living. Like object hoarders, animal hoarders believe that things should be saved for some special event, even if the event never happens. They imagine the wonderful way in which they will heal love, and nurture their pets, while overlooking the terrible effects of having too many of them.

Who is most likely to hoard animals?

The Hoarding of Animals Research Consortium reviewed the case records of 71 incidents from across the United States and Canada to determine what characterizes a typical animal hoarding case. Of the cases reviewed, here’s what they discovered:

There are also commonalities in the living environment. Often essential utilities and major appliances such as showers, heaters, stoves, toilets, and sinks were not functional. 70% of the homes had fire hazards and 16% of the residences were condemned as unfit for human habitation.

At Bio-One, the circumstances as described in the research findings above are common for our teams. Animal waste can be unsafe when not properly contained and regularly cleaned, as well as human urine and feces. Learn more about Bio-One’s hoarding services.

What happens to animals after they are rescued?

Sue Marue the founder of the Arizona based cat rescue Ark Cat Sanctuary, spoke with our Bio-One Mesa, AZ team and said:

We have taken in dozens and dozens of cats from all over Arizona that have been rescued from hoarders. The lucky ones can be up for adoption within weeks. But for some, they will never be ready for adoption and will live out their days at Ark or we cannot save them because they are just too sick. We have one little tabby that we rescued from a hoarder in Phoenix over a year ago that just last week allowed us to pet her and love her. Sometimes it takes that long. The problem with that is most rescues cannot take a year for an animal to come around. They don't have that kind of space or time. It isn't their fault, it is just how it is. We deal with overpopulation, under-funding and just not enough help. Unfortunately, it’s the animals that suffer.

In a 2018 blog post, the Bio-One team in Orlando described circumstances that led their team to remediating an animal hoarding situation:

“Bio-One cleaned out a home in Polk County, Florida, when a Hoarder was discovered by pure coincidence. The Hoarder was to be evicted from the rental property due to nonpayment. The local Sherriff's office came to evict him from the property and this was when the situation of Hoarding was discovered. He had been hoarding many dogs within the home and living in deplorable conditions. Animal Control came out and confiscated the animals. The Hoarder was taken into custody at the moment of discovery. The whole situation was incredibly sad and ultimately could have been avoided...”

Read the entire story on their blog.

How Can You Help?

If you think someone you know is struggling with animal hoarding, ASPCA.org lists important steps to ensure the animals are quickly helped and the hoarder receives the support they require.

Can Bio-One of Orange help?

The answer to that is simple, Yes. Give us a call and we can help you, your neighbor or your loved ones through this difficult situation. We are available 24/7/365 to assist you.

Do you want to get notifications from this site?